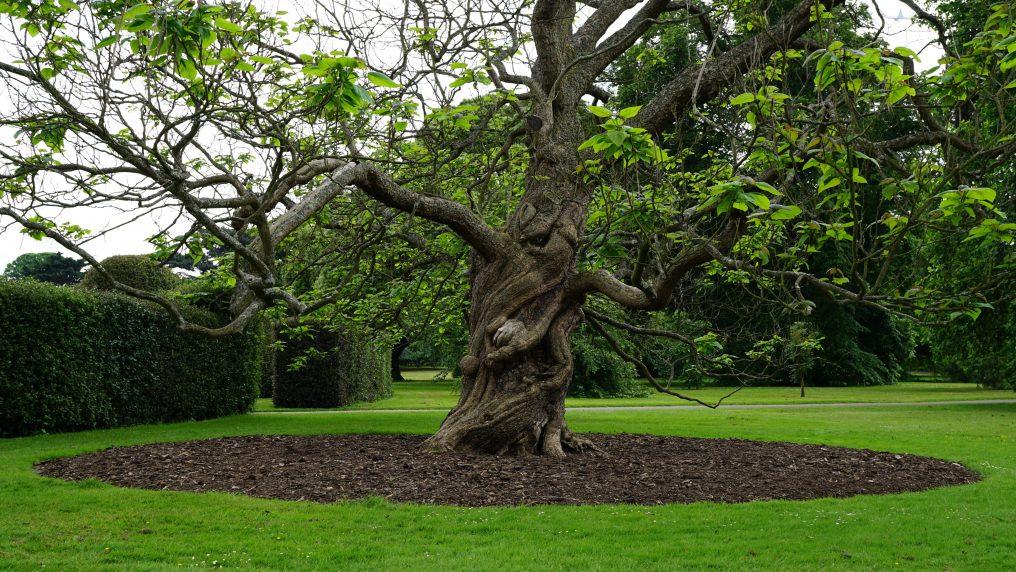 In Genesis 1 God creates the heavens and the earth, all the animals and plants, and man. After creating the universe, God sits down with Adam and begins to describe what He’s created and man’s role in it. Man is to be a steward of a special corner of God’s creation. Adam is, in conjunction with his family, to fill the earth, and “subdue it” (Gen 1:28).

The Hebrew word for “subdue” is “Kabash” and it means to conquer or subjugate. This is pretty startling when you think about it.  To conquer something means there must be resistance.  It means that in creation, there must’ve already been forces present that stood in opposition to man.  Humanity was meant subdue and control these forces.

We know this is true because even though the garden is pristine, Satan shows up as a snake.  “Satan” in Hebrew means adversary.  Satan is a real person, but he also represents everything adversarial to God and to humanity.  Man’s purpose is to subdue that which is inimical towards God and himself. He was created to defeat the adversary.

After God explains Adam’s purpose, He tells him about a tree that he’s not supposed to eat from.  He says something very specific: “Don’t eat from this tree, because in the day that you eat of it, you will surely die” (Gen 2:17).

It’s really important to notice what that doesn’t say.  It doesn’t say, “In the day you eat of that tree, I’m going to kill you.”

God is not explaining His relationship with Adam, He’s explaining Adam’s relationship to the world. It’s similar to telling your child, “Now, if you stick your hand on the hot stove, it’s going to hurt really bad.”  The is no punishment intended on the part of the parent, nothing but a loving desire to help the child avoid negative consequences.

In this story is a profound declaration of how the universe works.  What God is effectively saying is: “Adam, this is a world in which you have real choices that result in real consequences.” He’s telling Adam that he has free will.

This is not a light thing. It shapes how everything else works in the world from that moment on. It means that when Adam chooses to eat that fruit later, it’s not because God made him do it.

Nor did God allow it in a specific sense.  He “allowed” it in the general sense that He’d already given Adam free will, but Adam did not consult with God to see if he was allowed to eat the fruit. God had already given His opinion, and Adam ignored it, exercising his freedom.

Someone will argue, “But He’s God! He should have stopped Adam.”  Or, “What you’re saying makes God seem weak, like He can’t stop people from doing bad things.”

No, what I’m saying makes God seem just the opposite. He’s incredibly strong because He can restrain His omnipotence in order to allow for real freedom in His creation. Saying to people, “You can choose all you want—as long as you make the right choice,” isn’t freedom.  People either have free will or not, and having it means that each individual choice isn’t given an up vote or a down vote by God. Rather, in the beginning, He voted yes to all human choice.  He allows human choice in the universal sense, not in each specific case.

It’s like if I give a friend the keys to my car and allow him to drive it. If he speeds and gets a ticket you could say I “allowed” it in a general sense, because I gave him the car, but I’m not specifically responsible for his misuse of what I gave him.

If you want to argue that God shouldn’t have given us free will, you can, but the only alternative was for God to create an enslaved version of humanity.

God wanted to make people free. Without free will, literally nothing we do has any meaning.  I know this seems like a strong statement but think about it.  If God is controlling everything and forcing my choices (or if I embrace an atheistic determinism which says my genes and too many factors I can’t control push me inevitably towards certain choices), then ultimately, I can’t be held responsible for what I do.

If I’m not responsible for my choices, then rewarding me for making good ones is foolish, and punishing me for bad ones is frankly unjust and evil.

The creation narrative rejects fatalism and determinism. It pictures man as powerful, with an express purpose of using his freedom to bring heaven to earth.  Man is a co-laborer with God in the development of creation, not His puppet or play thing. To go the alternate route is to head down the black pit of nihilism.

A common complaint against this formulation is that Adam fails his purpose.  He sins and so do all people and there is now horrible evil in the world.  How could God let this occur?

Well, again, what does freedom actually mean? For people’s pursuit of nobility, love, compassion, etc. to mean anything at all, they must have the equal and opposite capacity. Increased capacity for good simultaneously means increased capacity for evil. Whichever you look at will determine how you see the world. If you want to argue that Hitler proves there isn’t a God, I’ll argue that Mother Teresa proves there is.

A man’s choice to love and be faithful to his wife means nothing if he does not have the real capacity to be unfaithful—and when that capacity exists, you can be sure that some will exercise it.

But some won’t!  And those marriages will be beautiful in a way that isn’t possible without freedom.

But, someone will say, what of those that fail?  After all, we all sin, don’t we?  We all bring destruction upon ourselves.  Even if we do marriage right we’re messing up some other way.  Shouldn’t God intervene?

The answer is of course, “Yes!”  The tricky thing, however, is how can He rescue us without violating our will?  How can He honor our choices and still save us from the consequences?

Therein is the genius of the cross.  God becomes the last Adam and succeeds where the first failed. He dies for our sins (suffering the original consequence) and offers us His life and righteousness.

In doing so, He opens a door for Divine intervention that isn’t controlling. Rather, we invite Him into our lives to fix what is broken.  We yield our will to His, and He empowers us to fulfill our original purpose.

The point is this: human choice is real. So too is Divine Intervention. God is helping us as I always say. However, He labors to protect our will even as He works to save us from our poor choices.  He does this because He values us and wants our lives and choices to have meaning.

In the end, I have full assurance that He will right every wrong and that as Julian of Norwich said, “All that is not well shall be well.”  But in the meantime, I’m not going to blame Him for the evil in the world. He’s the savior, not the destroyer!

This might bring up questions about Romans 9. For more information on that, check out these teachings:

One Comment on “Free Will in the Creation Story”