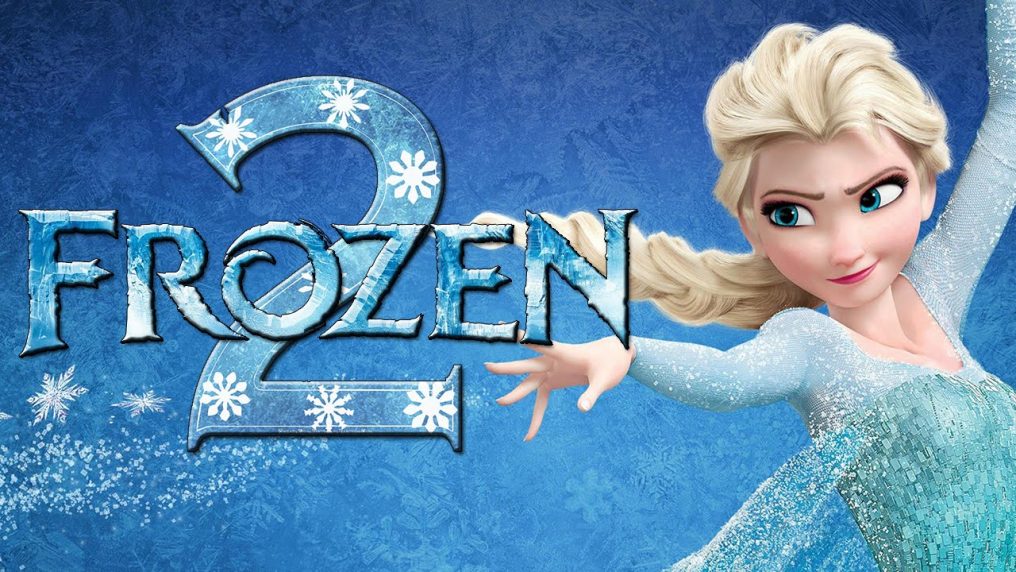 Let’s take a break from the Corona craziness and do some movie theology!

My kids love Frozen, so when Frozen 2 came out, it was a huge deal.  There’s a lot to love:  super powers, friendship, singing, a talking snowman, etc.  Isaac is currently obsessed with the Frozen 2 soundtrack. As a former English teacher and now pastor, I can’t help but want to analyze the themes a bit.

In Frozen 2, Elsa, one of the two heroes, goes on a journey to discover the source of a mysterious voice. It keeps calling out to her, promising to fulfill some longing in her heart. If you’re unfamiliar with the Frozen movies, Elsa is Queen of Arendelle.  She also happens to have magical ice powers. Most of the first movie has to do with the fallout surrounding those powers and Elsa’s inner struggle controlling them.

In the second movie, we discover where these powers come from when Elsa enters her version of Superman’s Fortress of Solitude.  As she enters, she starts singing, “Show yourself!” to whatever that mysterious voice is.  She feels a kinship with the voice and asks, “Are you the one I’ve been waiting for all my life?”

After a stirring song and dance number, we discover that Elsa, herself, is the one she’s been waiting for. She thought she was on a journey to meet another person who would “complete” her.  Instead, it was a journey of self-discovery.  In the song, the refrain “show yourself” shifts from a request for a 3rdparty to appear, to an exhortation for Elsa to embrace who she is and not hide any longer (we’ll ignore that she probably should have learned that in the previous movie).

While there’s quite a bit of good in this message, underneath the surface stuff, it’s ultimately a pantheistic, unitarian concept.  Let me explain:

Pantheism is the belief that God created everything out of Himself.  God is the “substance” out of which the universe was created. As a result, everything is part of God.  We’re all god. The trees are god, Uncle Fred is god, chickens are god, etc. Hinduism is an example of a religion with pantheistic tendencies.  In much of pantheistic thinking, the goal of life is to in some way become aware of your inner divinity.

This contrasts sharply with classical Christian monotheism, which believes that God created the world out of nothing.  God is separate from His creation, is not forced to create anything, and does so purely because He wants to.  As a result, the creation is not inherently divine.  Rather, we can become the children of God through Jesus (John 1:12).

In Frozen 2, Elsa begins as a monotheist, seeking an “other” to provide meaning, but ends up realizing that all meaning is wrapped up in her own inherent value (thus pantheism).

You might say, Max, you’re such an egg-head, why does any of that matter?  It actually matters a great deal, because it speaks to a fundamental question about life.  Do I find the “one I’ve been waiting for” in myself or in someone external to me?  Is meaning wrapped up in my inherent divinity or in a worth conferred on me by an external source?  Only one of those concepts is transcendently beautiful.

It comes down to that other word I used to describe Frozen 2. It’s “unitarian.”  Unitarianism is the contrast to Trinitarianism.  It says that God is not a Trinity.  Instead, God is a monad, a single being.  There are varying unitarian beliefs both inside and outside the church, but the mainline Christian faith has always believed them to be wrong.

There are many reasons why that’s important, but here’s a biggie:  the Bible describes God as love (1 John 4:8).  Love is not just a character trait He possesses, it’s the deepest description of His essence.  God cannot be or do anything other than love.  That sounds awesome, but what does it mean?

If the unitarians are correct, then before God created anything, He was alone.  There was no one else for Him to love; He could only love Himself. That means that love in a unitarian system is, in the final analysis, self-love.  It’s not other-oriented, but self-oriented.  Not only is this far less beautiful than the Trinitarian picture, it’s not Scriptural. John defines love as laying down one’s life for another (1 John 3:16). Love is about putting the needs of someone else above our own.

The Trinity is difficult to understand. There is only one God, but somehow that God is three persons, and they’re individual enough that their love is real. It’s not self-serving.  The cross displays the Trinitarian love more than anything else in the Bible.  On the cross, Jesus loved the Father enough to trust Him through the torment and apparent forsakenness He suffered. The Father loved Jesus enough to allow Him to die to save humanity even though the event must have caused Him immeasurable pain. The Spirit (who is often referred to as the bond of love between the Father and Son), loved both enough to suffer the pain of the discontinuity between the Father and Son.  The cross is sacrificial and other-oriented on all three sides of the Trinity.

Before God created anything, this was the kind of love He experienced. Each member of the Trinity has always loved the others in a sacrificial way.  It was this kind of selfless love which gave rise to the universe we now live in. God created the world for other beings to share in this kind of endless dance of love.

The point is, real love has to extend to something outside oneself.  Moreover, the feeling of wholeness from being loved is only achievable when someone “other” chooses to put us first.  If the meaning of life is loving ourselves, we’ve entered a delusion that will ultimately leave us empty.

Loving ourselves is important for sure, but we’re able to do it because someone external to us (God) voluntarily chose to die for us, conferring immeasurable value to us. I’m whole and complete, not because of my inherent divinity, but because Jesus decided to make me His kid.  Further, the “one I’ve been waiting for all my life” is not me, but Jesus!  True fulfillment is only found in loving others, and in particular, the God of love!

That was a lot of theology to say this:  we’ll never really be whole if we think the quest for meaning is entirely in how we view ourselves.  Our self-image is certainly important, but it must be shaped by external factors. None of us are an island.  We’re called to live risky lives where we hazard our hearts by loving people who may not love us back.  Meaning is found in the relationships that result from that kind of reaching out.  We will only do this effectively when we realize this is who God is.  God risked everything, going to the furthest extreme of becoming His own antithesis (sin) on the cross, to demonstrate His love for people.  God chose to gather us into the arms of the Trinity, and we get to choose to accept that.  None of this happens of necessity. It’s voluntary, non-coercive, and totally beautiful.