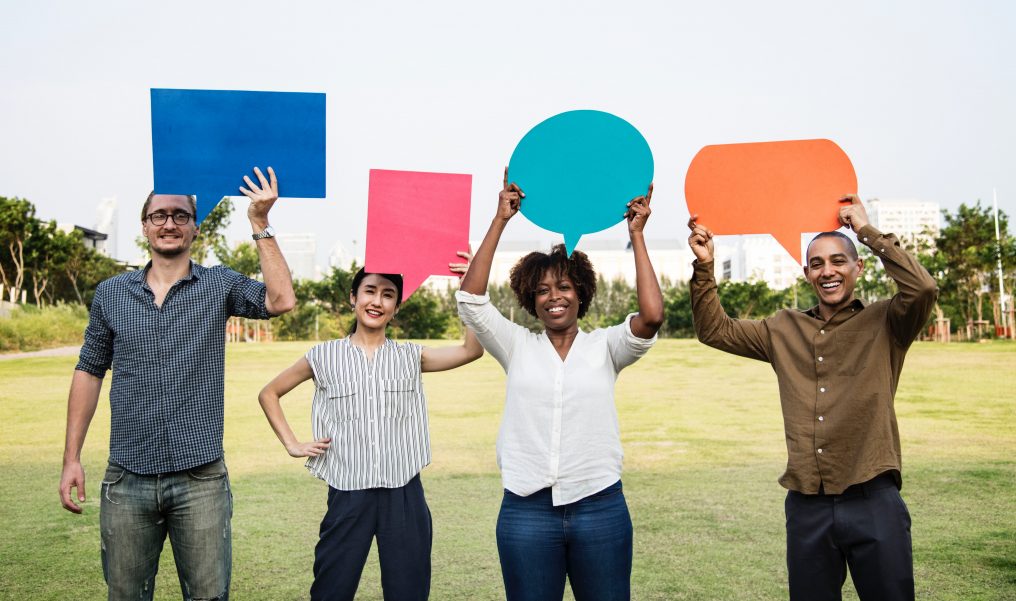 “My dear brothers and sisters, take note of this: Everyone should be quick to listen, slow to speak and slow to become angry.” James 1:19

The Holidays are almost here, and if you’re like many people, you may end up in an unwanted tradition:  the family argument. Getting together can be lots of fun but can also cause some tension. I wanted to share a simple principle for helping us communicate better, not just during the Holidays, but any time we’re confronted with people with views and agendas that differ from our own.

In general, it’s hard to communicate with people who see the world in fundamentally different ways than we do.  Perhaps the biggest struggle we face is we so often listen to reply, rather than listening to understand.

One way to tell if you’re falling into this trap is if you find yourself repeating your point over and over, or if you hear the person you’re talking to doing that. This is usually how conversations get heated. It’s an endless cycle of rehashing similar statements until someone gets really frustrated and ends the discussion.

Why does this happen? Well, we have to understand that we all believe we’re right. Our opinions make perfect sense to us, and we’ve likely given them some thought.  Therefore, when we run up against someone who disagrees with our conclusions, we subconsciously think, “They must not have understood me.”So, we set about to explain ourselves again, assuming there is no way they’d disagree with us if they really knew our reasons.

When two people do this, they end up angrily talking past each other.  The conversation goes around and around and very often ends in the same place.

How do you break this cycle? Is there anything that can be done?

The answer is pretty simple, but not easy. The key is to realize a profound truth:  people want to be understood more than they want to be agreed with.

If you can get that, you can start to have more successful conversations.  When we conflate understanding with agreement, we struggle to connect with people in meaningful ways.

Me putting forth effort to understand where someone is coming from is not compromising my own beliefs. It’s not me giving in; it’s not me losing.  Conversations don’t have to be competitions. Rather it’s me giving you something you need, so you’ll be okay when I withhold something you want.

In other words:  I’ll give you understanding, because I might need to withhold agreement.

We can do both at the same time. It takes discipline, but this is what powerful communicators do.  Here’s the amazing part: if you can prove to people that you understand them and where they’re coming from, they’re usually much more open to listening to your opinion and potentially changing their own.

So how does this actually work?

Let’s say you’re in a conversation and the person you’re talking to starts to get agitated and begins repeating their point more angrily.  It could be they’re just an aggressive communicator and you need to create a boundary. However, it’s also possible that they’re just getting frustrated because they don’t feel understood.

At first this might be difficult, because your flesh will say, “If we just keep listening and trying to understand we’ll never get to make our point!”  We just have to ignore this voice because it’s not true. If you sow understanding, you’ll reap it, and when it’s your turn to share, the other person is far more likely really listen.

Listening to understand like this tends to be the ultimate de-escalation tactic.  It’s pretty hard to be mad at someone who genuinely wants to know what you’re thinking and why you think that way.

You might argue, “That’s what wimps do! I don’t care if people are mad at me.”  It’s fine to be unintimidated by people’s anger, but if your response is to be angry yourself, you’re letting them control you.  Additionally, being unwilling to listen may rob you of a real opportunity to make a difference in someone’s life.

Listening and asking questions is what strength and courage looks like.  Not being able to hear anyone over the volume of your own arguments is weakness.

In the end, the best thing to do is remind ourselves that Jesus loves us and is for us!  If He loves and accepts us, then it really doesn’t matter what other people think.  We don’t need to win arguments in order to feel validated, because the King of Heaven came to earth to unite us with Himself forever!  Therefore, it’s much easier to take James’ advice and be quick to listen, but slow to speak.