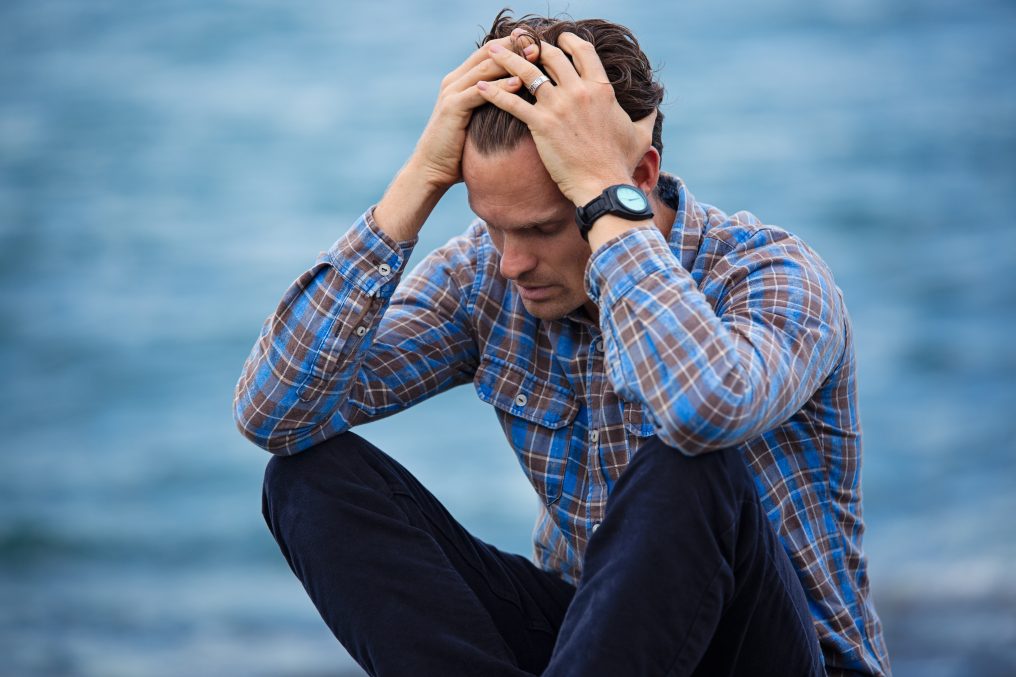 “Let not sin therefore reign in your mortal body, that ye should obey it in the lusts thereof.”  Romans 6:12

Christians know they aren’t supposed to sin.  This is drilled into to most of us pretty early on.  The trouble is, most of the communication sounds like, “Don’t do this, don’t do that, and whatever you do, make sure you don’t…”

It’s fine to be taught moral principles. Paul said he wouldn’t have known what sin was if the law hadn’t told him (Rom 7:7). However, at some point we’ve got to get past just pointing out that certain things are wrong and learn how to get free from them.

Here are 3 simple strategies for overcoming sin. These also help us overcome any sort of ongoing problem like anxiety, fear, etc.

Principle 1:  Believe that your sin nature has been destroyed and you’re a new person.

Romans 6 explains better than any other chapter why and how to get out of sin.  Paul makes the argument that we shouldn’t sin because we’re dead to it.  We were buried with Christ and are now risen as new creations.  Because of all this, we are to “reckon ourselves dead indeed unto sin.” (Rom 6:11).

That means we have to stop viewing ourselves as sinners.  We can’t say, “Well of course I’ll blow it; it’s just who I am.” The scriptures take away that excuse. We’ve been changed on the inside.  That doesn’t mean we never sin or are never tempted to, but it means sin is not part of our fundamental nature.  It’s an invader, trying to get us to submit to it.

When we blow it, we say, “Man I messed up, but thank God I’m still a new creation in Christ.  Thank God I’m righteous and holy and the power of God is working in me so that I won’t do that again.”

We don’t yield to shame which says, “There’s something wrong with me.” Thinking that way empowers sin because it agrees with the lie that we’re still broken, and Jesus didn’t really save us.  We just run straight back to the Father and ask Him to remind us of who we are.

All sin starts in our thoughts.  You can’t be tempted with what you don’t think about.  The trouble is, your brain still remembers wrong ways to think even after you’re a Christian. You can even acquire bad ways of thinking after becoming a Christian. This doesn’t mean your sin nature has been resurrected; it means your thinking is messed up.

We have to renew the neural pathways that make it easy for us to sin.  It takes time and practice to change those, but the core thing to remember is we’re just changing how we think, not warring against our lower nature. Too often we exert tons of energy fighting something that’s already dead.

We renew our minds not by resisting bad thoughts, but by actively filling our mind with God’s thoughts.  On a computer, if you delete files, they’re actually still there until you save something new in their place.  It’s the same way with our thinking.  We have to intentionally reshape our thought life with the Word of God.

Confessing the Word daily is a good way to do this. Another way is to use your imagination to think about the Jesus or something positive until it generates positive emotions. The emotions tend to be what actually create the “grooves” or neural pathways in our brains.

Let Him that stole steal no more: but rather let him labour, working with his hand the thing which is good, that he may have to give to him that needeth. Eph 4:28

It’s not only our mental habits that need renewed, but our actions.  Paul doesn’t just say, “quit stealing.” He says, “quit stealing and get a job.”  Or, “Replace your bad actions with good ones.”  There are many activities that aligned with our old nature.  You’re a new person now, so you want to be intentional about creating new habitual activities.

It can be difficult just to stop doing something like smoking, for example.  You can get free from the desire, but just the ritualistic nature of it can be hard to break.  You have to replace it with something else.

Whatever you struggle with, come up with some kind of positive behavior you could do when you’re tempted.  For example, if you struggle with smoking as I mentioned, anytime you feel the urge you might go for a walk instead and while you’re walking pray for people in your neighborhood to be set free from addiction.

The bible gives us even more principles, but these are a good place to start. Remember Jesus loves you and you’re an overcomer in Him!