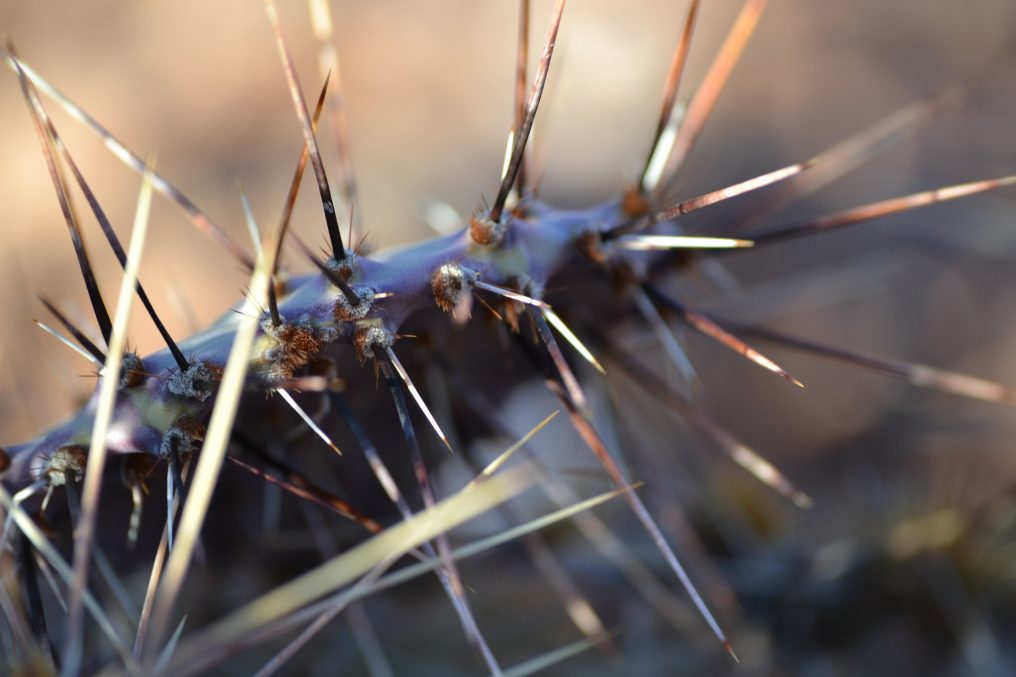 One of the more difficult passages of scripture in the Bible is 2 Corinthians 12:1-10.  In this passage, Paul seems to indicate that he was taken into heaven and shown revelations that it’s not lawful for him to even talk about. He goes on to link these revelations with what he calls a “thorn in his flesh.”

The debate over what this “thorn” is and why it’s there is intense.  It comes down to basically 2 worldviews:

1)  If we believe God to be the ultimate cause behind everything (omnicausality) then God must’ve given Paul the thorn in the flesh.  From here, people interpret it to either be some sort of ongoing physical disease or persecution.  An appeal is often made to Galatians 4:15 for the former belief, arguing that Paul suffered some kind of ancient eye disease.  Regardless, the reason for this thorn is to keep Paul humble, therefore God does not remove it.

2)  If we believe the devil to be a free moral agent (not controlled by God), then Paul’s thorn is an attack from Satan in the form of persecution. God does not remove it because he won’t violate people’s free will decisions to yield to Satan and persecute Paul.

I’ve argued at length in various places that I don’t believe God is controlling everything.  In order for life to have any sort of real meaning beyond some kind of cosmic game, our choices have to be real and matter. God’s omnipotence is shown most profoundly in the fact that He controls Himself and makes space for other agencies. Check out this brief video for more explanation of why this is true:  https://www.youtube.com/watch?v=eTAHyk8iAHI&t=36s

First off, it doesn’t say anywhere that God gave the thorn to Paul.  It says specifically that the thorn is a messenger (or angel) from Satan (verse 7).  The New Testament depicts a spiritual war between the kingdom of light and the kingdom of darkness.  Nowhere does it appear in the gospels that Jesus and Satan are on the same team.  In fact, Jesus came to destroy the works of the devil (1 John 3:8).

The idea that Satan works for God often comes from the book of Job.  For an explanation of Job you can watch this:  https://youtu.be/m76Ase3Z2uE

The clearest reading of the text is that the messenger came from Satan.  But what is it then?  Verse 10 clearly defines it:  “infirmities, reproaches, necessities, persecutions, distresses for Christ’s sake.” Paul was under a spiritual assault that produced this list of problems in his life.

Since it can mean either, we have to use context clues to figure out what’s being said.  The rest of the string of words describe hardships Paul faced due to preaching the gospel. He was stoned, ship wrecked, went hungry, was afraid, lonely, tired etc.

The fact that God refused to remove the thorn also gives us a clue as to what it is.  Jesus is the express image of the Father (Heb 1:3).  There is no record of a time Jesus refused to heal someone of a physical disease. However, Jesus expressly told us that we would not be free from hardship and persecution (John 16:33).

God doesn’t get rid of all the trouble because that would mean getting rid of all the people.  Rather, God supplied Paul with the grace necessary to keep going in spite of the hardship. Moreover, the difficulty taught Paul to rely on God’s supernatural ability, thus making him stronger.

All this makes perfect sense and is consistent with the overall thrust of Scripture.  There’s one remaining confusing bit, however.  That is Paul’s statement that the thorn was given to him lest he be “exalted above measure” (verse 7).  Apparently, despite the fact that the thorn came from the devil, Paul saw it working something positive in his life.

We can try to side step this issue by arguing that the devil was trying to keep Paul’s ministry from being exalted and reaching more people.  Doubtless this was true, but the Greek word for “exalted above measure” carries a clear meaning of “become arrogant or prideful.”

Paul expressly says that the thorn was given to him to keep him humble.  The obvious question is, why would the devil want Paul to be humble?  We know he wouldn’t, which leads many people to the conclusion that it was actually God who sent the thorn (via the devil).

There is another option, however.

Jesus makes a strikingly similar statement in John 9:3. His disciples are asking why a particular man was born blind. They assumed it was because of something he or his parents did wrong.  Jesus says, “Neither hath this man sinned, nor his parents: but that the works of God should be made manifest in him.”

This seems contrast with much of the rest of the gospels. In John 5:14, Jesus healed a lame man and told him to sin no more because something worse might come on him. He clearly linked sin with sickness. In Luke 13:16, Jesus said that a woman was bound by Satan, linking sickness to demonic attack.

The overall messages of the gospels (and the Bible) is clear:  sickness exists because of the presence of sin and Satan. (Not necessarily personal sin, but sin in the original Adamic sense which corrupted the earth).

Why then did Jesus say that the man born blind was blind so that Jesus could do a miracle?

One day we were driving to a restaurant and the shopping center was busier than usual.  Molly and I were wondering aloud why this was when my son (who was three at the time) chimed in from the back, “Maybe they heard me was coming!”

That’s funny because we know none of those people had any idea my son was coming, nor would they make a decision based on that if they did. However, when you’re 3, you tend to think everything exists to serve you.  You define everything by its relationship to you.

For 3-year-olds this is something we have to grow out of. However, if you’re Jesus, the world really does exist to serve you.  Jesus has a right to define everything based on His perspective.

When Jesus said, “This blindness exists so I can heal this man,” He wasn’t saying that God is the ultimate source of the problem.  Instead, He was redefining the problem through its relationship to Him.

I suggest that Jesus was intentionally redefining the purpose of the blindness.  He was saying, “Sure it may have originally been here for some other reason, but when I showed up, it’s purpose changed and now it exists to serve my Kingdom.”  God loves taking things the devil meant for evil and turning them into something good. He’s so good at it, it confuses people and they think maybe it was God’s idea in the first place.

Paul learned from Jesus.  When Paul says, “This thorn came to keep me humble.” He’s saying, “The devil meant this for evil, but God is using it for a Kingdom purpose.”

I can tell you as a pastor that sometimes there are difficulties in ministry.  God doesn’t bring them, but they can keep us humble and dependent on God. For this reason, we can rejoice in them.  In the same way, we can, like Paul rejoice in persecution because we know it’s causing us to receive eternal rewards.

The point is, God’s not our problem. He doesn’t send evil to teach us things or keep us humble.  However, there are problems in life, and if we want to, we can choose to see them through a redemptive lens. The devil may have meant it for evil, but it can become the weapon in God’s hand to bring our salvation!