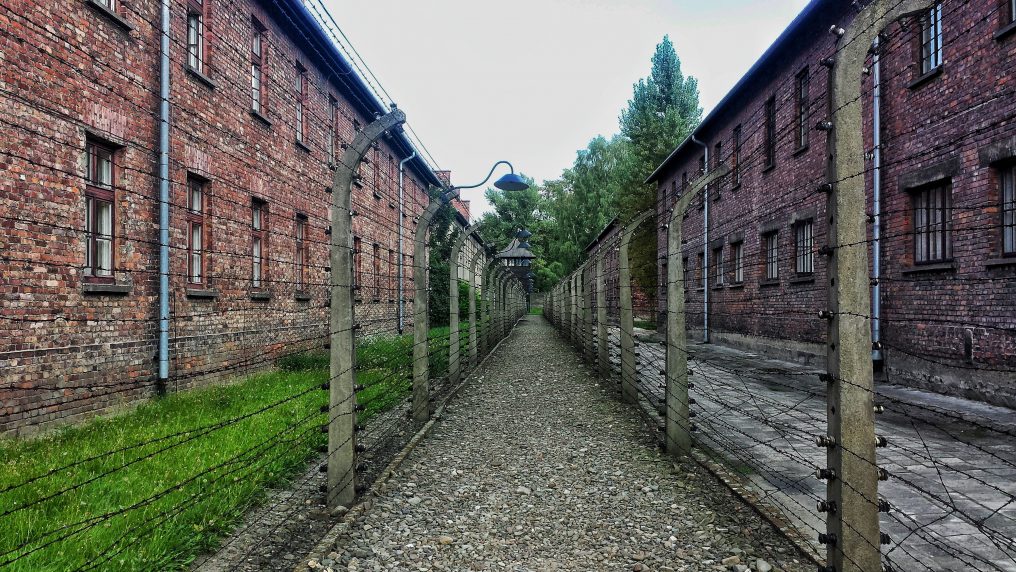 “Out of the frying pan and into the fire” the old cliché goes.  Like an inexperienced driver on an icy road, the saying describes humanity’s tendency to overcompensate. In our effort to avoid one ditch, we often end up right smack in the middle of another.

One of the things I’ve noticed as a minister that emphasizes the grace of God is that sometimes people come out of legalism (the idea that we need to earn things from God) and then immediately trade it for another type of bondage.  Let me explain:

Grace is one of the craziest realities in the Kingdom of God. It’s the idea that everything we receive from God—salvation, fellowship, healing, deliverance, peace, etc.—comes as a free gift.  No gift is really free—someone pays for it—but in the Kingdom, Jesus already paid for everything on the cross.

That means that you can’t pay for anything because there’s nothing left on the tab.  Even if you go to the waiter and demand to add something, he wouldn’t let you because the bill has been settled.  You can’t earn blessings from God through prayer, confessing sin, going to church, living holy, witnessing, or any other sort of Christian activity.

God doesn’t look at your works to determine whether you get to heaven, or whether or not to answer your prayers.  Rather, we receive everything from Him—from our eternal destiny in heaven, down to everyday things like seeing a headache healed—by faith in what Jesus has already done on the cross.

This is an amazing thing to find out, and it should make us really happy.  Unfortunately, it can also make people really angry, because they realize they’ve been taught wrong all their lives.  Many people have been trapped in legalistic and controlling environments for years and years. Maybe you’re one of them.

It’s wonderful to be set free from that, but I want to caution you against leaving that jail cell and moving into one down the hall.  The new jail cell people often check into is called bitterness.

Bitterness occurs in this context when we realize that we’ve been taught some wrong things and we end up mad at the people and institutions that did the teaching.

I’ve seen this quite a bit, and sometimes it can even bleed over into how people minister.  Legalism is bad, but if anger at legalism (or some other error for that matter) is what animates my ministry, then I’ll end up ministering from a place of brokenness and produce bad fruit.

Actually no, it doesn’t mean that.  When Jesus was walking on the earth, the Old Covenant was still in effect (Gal 4:4).  A lot of what He did was about closing out that contract.

The Mosiac law had the effect of producing wrath from God (Rom 4:15).  Jesus, functioning under that covenant, spoke curses over the Pharisees and the leaders of that religious system.  In many ways he was acting just like an Old Testament prophet like Jeremiah who warned of the coming destruction of Jerusalem and the temple because of idolatry.

There was a rebuilt temple in Jesus’ day, but it had become a place of idolatry as well (money worship). As a result, the Old Covenant demanded that judgement occur.  Jesus pronounced it Matthew 23, where he lists a bunch of woes and concludes with,

“That upon you may come all the righteous blood shed upon the earth, from the blood of righteous Abel unto the blood of Zacharias son of Barachias, whom ye slew between the temple and the altar.” (Verse 23:35)

He then makes it clear at the end of the chapter that he’s saying Jerusalem and the temple will be destroyed.  He prophesies the same thing in Luke 11 and 21.

Jesus is saying that the final judgement against Jerusalem and the old religious system was coming.  It happened shortly thereafter in 70 AD when Titus sacked the city.  He destroyed the temple, forever ending the Old Covenant sacrificial system, which was flawed and never really dealt with sin.

Jesus was mad at the Pharisees and that broken religious system (because the law required Him to judge them), but that’s over and He’s not mad at what’s going on today. This is sometimes hard to swallow because we’re mad at it.  However, once you realize that legalism and abusive church governments are just like any other sin, the issue becomes clear:

If I believe that all sin has really been paid for, then that has to include the sin of being a mean, religious hypocrite.

When I walk in vertical grace (knowing God loves me unconditionally) AND horizontal grace (loving even my enemies), I’m living in the true freedom that Jesus died for me to have!

One Comment on “Don’t Trade One Prison For Another”