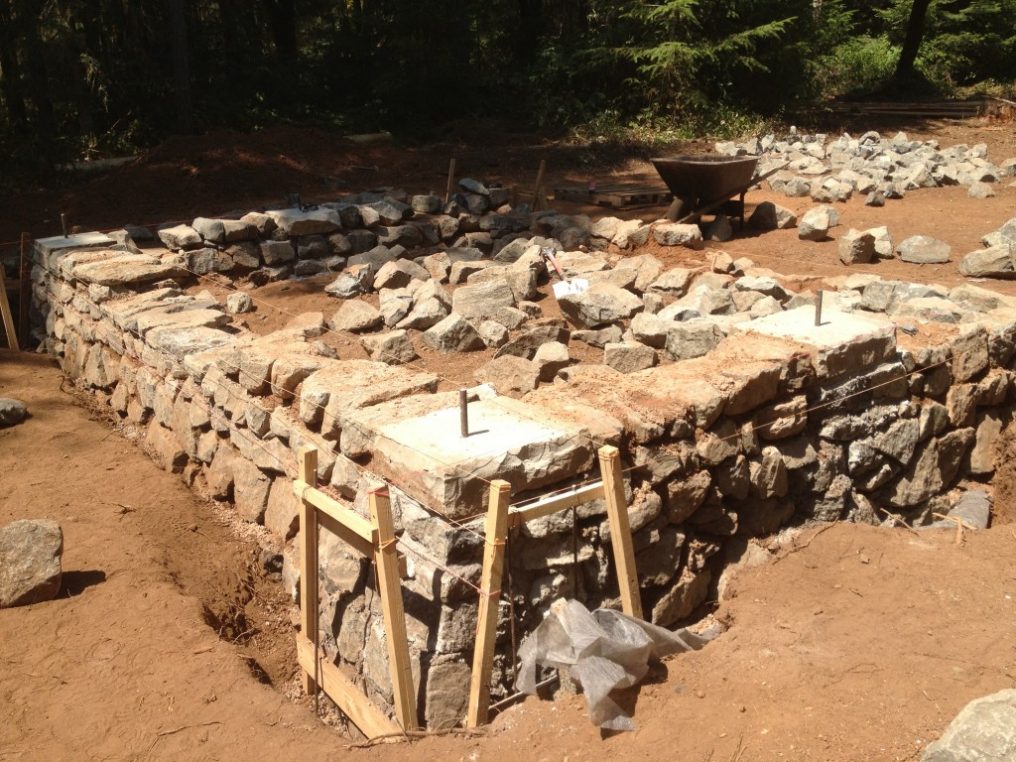 In these verses, Jesus is referring to Isaiah 28:14-19.  Israel had made a covenant with covenant with Egypt which Isaiah refers to as “death” (Egypt’s religious system was centered around worship of the gods of death).  Isaiah was prophesying that Israel’s agreement wouldn’t protect them from foreign invaders.  It was unstable ground that was not safe to build a life or nation upon.

In the middle of those negative predictions (verse 16), Isaiah says that God has laid a precious cornerstone that would provide a sure foundation, in contrast to the “sinking sand” of trusting in Egypt.  Jesus and later New Testament authors applied that imagery to Jesus himself (1 Peter 2:6-7, for example). We’ll come back to that later.

What’s interesting is that the early church wasn’t the only group of people interpreting Isaiah 28. The three Torah schools, the Pharisees, Sadducees, and the Essenes, also had opinions about what constituted the “foundation” that we should build our lives on. The following is an oversimplification, but it makes a powerful point.

The Pharisees were a group of people who had dedicated themselves to keeping the law of Moses and pressuring others to do so. They weren’t simply legalistic busybodies; they were devout men who were trying to rectify past failures through intense focus and discipline.  They believed that the people who would inherit the New Creation would be good, law-keeping Jews.  Therefore, they went to great, and sometimes excessive lengths, to keep the letter of the law, often thereby missing the spirit of it.

The point is, they were building their lives on their religious observances, or we could say, on their own performance.  This is sinking sand.  No matter how hard we try, we cannot attain God’s righteous standards on our own.  Looking at ourselves and our performance will place us on a religious treadmill and create terrible instability. When the storms of life come, or when we fail, we’ll be in danger of losing our faith.

The Sadducees were mostly a priestly aristocracy living in and around Jerusalem.  They were responsible for the temple worship and its sacrificial system. Inside the holy of holies, the ark was no longer there. Instead, there was a large slightly raised stone that the priests would set the incense pan on.  No one is sure why, but over time this stone began to be called the “foundation.”

The reference to Isaiah 28 seems obvious.  For the Sadducees especially the temple was the center of the world, the focal point of God’s presence and power.  However, many Jews were acutely aware of the fact that God’s Presence was not actually in the Temple any longer. The Essenes, who we’ll discuss next, considered all the sacrifices to be illegitimate.

The problem with The temple was that it had become a huge money-making business that exploited the common people.  Also, the priests that served in it were given authority to do so from Rome.  Thus, the Sadducees weren’t really trusting the Presence of God as much as they were trusting money and political power.  Their foundation was their status in society afforded by wealth and influence.

This too is sinking sand. Christians are called to influence the political realm. We are also called to steward our finances in such a way that we are able to help those in need and further the gospel. However, we can’t make political outcomes or monetary gains the cornerstone of our lives. Trusting in worldly systems and worldly power makes us vulnerable in ways that trusting Jesus does not.  The power of the cross works regardless of the socio-political context.

The third group of people, the Essenes, had a unique idea. They thought what they needed to get 12 Godly leaders and 3 priests who would keep the law and had lots of good works.  If this leadership structure was in place, they’d be fulfilling Isaiah 28. In other words, their foundation was this Rockstar group of holy men.

Once again, such a foundation will only lead to ruin.  Humans have a terrible tendency to idolize people.  Christians are no exception.  We make superheroes out of ministers and then are horribly devasted when they turn out to be human or have some kind of moral compromise.

When leaders fail us, there is always a scramble to point out “what went wrong” and how we can make it so our leaders never fail us again.  While I certainly agree that Christian leaders have a high calling to represent Jesus well, and it’s never acceptable to make excuses for sin, I think the problem might actually be that we can’t seem to let go of this Essene concept.

Isaiah 28 will not be fulfilled when we finally have church leadership that is perfect.  We have no hope of that occurring.  We can and should strive to have better safeguards and figure out how to live Godly lives, but we also have to quit creating cultures that idolize Christian leaders.  We have to let go of the myth that there are superhero Christians.  Paul spoke openly about his failures and weaknesses. We need more of that.

Jesus offers another way.  Base your faith on Him and Him alone!  Jesus never fails, never lets us down, never does anything other than exceed our wildest expectations. He is steadfast, immovable, secure, and building your life on Him is wisdom.

This study hopefully shows that building on things that accompany Jesus is not the same thing as building on Jesus.  So often we think we’re building on him, but then something happens, and we start to feel unstable.  In you’re dealing with that, I would encourage you that Jesus hasn’t let you down.  It may be you were trusting something that seemed like Jesus but it really wasn’t. That’s okay, we’ve all been there.  We just have to dig down deep, find the foundation again, and start rebuilding.  It works, and it’s worth it!