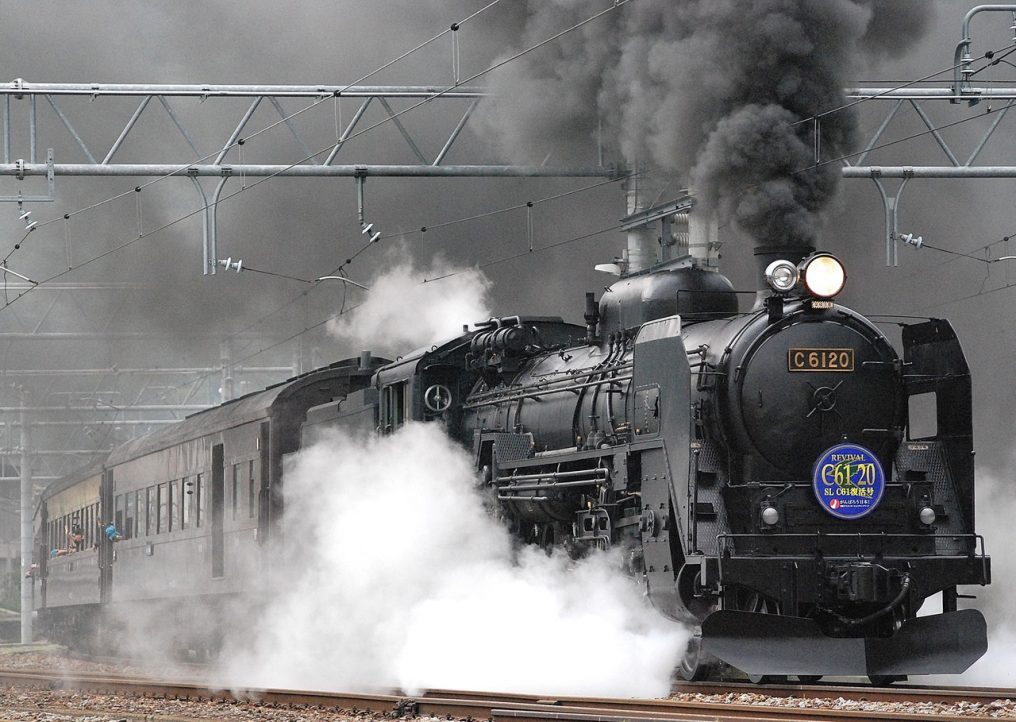 Iris, my youngest, is obsessed with trains.  She wants to see them, talk about them, and most of all, read “choo choo books.” Naturally, then, we’ve read various Thomas the Trainstories innumerable times.

If you’ve somehow never encountered Thomas, he is a blue, anthropomorphic engine that lives in the imaginary island of Sodor.  He and his friends work for Sir Topham Hat, and their main concern in life is being “really useful engines.”

In one of the stories, an inspector is coming to see how everything is going.  The inspector and Sir Topham Hat want to see very busy engines. Thomas, who is already high-strung bordering on manic, decides he needs to get everyone to help him move this coal around.  Unfortunately, in doing so, he causes them to forsake their normal duties.  As a result, the inspector arrives at various areas and finds not much going on at all. To make matters worse, in their fervor (“We must look very busy!” Thomas yells.) they end up damaging one of the bigger engines.  Everything ends up being okay, but only after Thomas frantically finishes the job by himself. Afterwards, Sir Topham hat assures him that he can be a really useful engine all by himself.

This is a typical example of how these stories play out. Thomas’s anxiety and need for acceptance drives him to make poor decisions, which he then has to rectify later.  The ever-present admonition that the engines must be “really useful” provides the context that gives birth to that anxiety. Nowhere is anyone affirmed for any intrinsic value, everything is performance based.

As I read these stories, I can’t help but see how unfortunately similar they are to the lives of many Christians. Christians are so often told that the most valuable thing we can do is be “used by God.”  We’re told the inspector (Jesus) could show up at any moment, and so we need to make sure we are busily doing something.  This creates all kinds of anxiety, which leads us to make poor decisions, abandoning things God has called us to do in order to do something that appears more outwardly “useful.”

Before I go any further, I want to be clear that I believe strongly in hard work and in laboring for Jesus.  I am not advocating spiritual laziness or trying to give us an excuse to never accomplish anything.  However, we need to be real with ourselves about why we do the things we do, and whether they are actually furthering the Kingdom.

What Thomas’s story reveals is that performance-based acceptance produces a kind of obedience that is fundamentally flawed.  Thomas’s concern is not with actually being useful, but with appearinguseful. So too with the other engines. They will leave their station and do something they aren’t designed to do in order to seem like they’re working really hard.  As a result, productivity is actually negatively impacted.  They would have all gotten a lot more done if they would’ve known they were already loved and accepted. That acceptance would have lowered their anxiety and caused them to make clearer decisions.

The lie of religion is that fear and anxiety as motivators produce superior results. They don’t. What they produce is a kind of frenzied activity that is outwardly impressive, but in the end doesn’t accomplish very much. In fact, it often ends up hurting people and slowing the process down.

When Martha was running around frantically trying to provide a meal that Jesus didn’t ask her to make, He said:   “Martha, Martha, you are worried and bothered about so many things; but only one thing is necessary, for Mary has chosen the good part, which shall not be taken away from her” (Luke 10:41-42).

Martha was still trying to earn something that Mary realized she already had. Martha was trying to qualify to sit down beside Jesus.  The trouble is, no one can ever earn the right to sit in the presence of the King of Kings. The only way to get there is to receive it by grace.

Mary did the one thing that was needed in that moment, which was to sit at Jesus’ feet. Sometimes we can take that too far and think that’s the only thing that is ever needed. That’s not the case. Sometimes we have to get up, preach the gospel, make dinner, pray for the sick, mow the grass etc.  Jesus was saying that in this moment, when He’s speaking, the most important thing is to just listen.

That means there are seasons in our lives where we must prioritize relationship and learning.  Sometimes there are really intense times of that (like if we’re in school) but it should be a part of our everyday lives.  Every day, we can set aside time to learn from Jesus. Productivity is the result of time spent with Him, not the pathway into the intimate relationship. In the Kingdom, we do exploits because we know God (Dan 11:32).  We don’t do the exploits to get God to approve of or notice us.

Jesus is not the inspector from heaven.  He’s not holding an inquisition into your life. He’s a good Father who wants you to know how beloved and precious you are in His sight.  He has things for you to do, but not so that you can prove yourself or earn something.  You have important things to do because you were created for greatness. When you achieve in the Kingdom, you’re just actualizing your inborn potential. Or, more plainly, doing things for God doesn’t make you His kid. Rather, once you see who you are, you’ll just start acting like Dad.

It appears to me that this creeping religious fear that we aren’t accomplishing enough for God drives so much of what Christians do.  It can often lead people in so called “secular” jobs feeling like failures because they aren’t being “really useful.”  Again, our primary job is not to “be useful,” it’s to “be loved.”  Once you realize you’re loved, you’ll be able to produce fruit in a wide variety of ways and contexts. Not everyone was created to stand on a platform and preach the gospel. Some people were born to do math.  If you do math well, with your whole heart, and you puzzle out the mysteries of the universe, you’re glorifying God!

Other people were born to raise kids, or build things, or design websites, or cook, or start businesses.  We don’t serve a one size fits all God.  One of the things I was born to do is read books.  Outwardly this doesn’t look very productive.  I just sit on a couch for hours and read. However, by giving myself grace to be myself, I’m actually more productive, because those hours spent reading and thinking are the well from which I pull all the ministry and teaching that I do.

If you can give yourself space to just breathe and be loved, you can learn to bear fruit as a byproduct, not the main thrust of your life. You’ll let go of the religious treadmill, have more fun, and see more cool stuff happen!